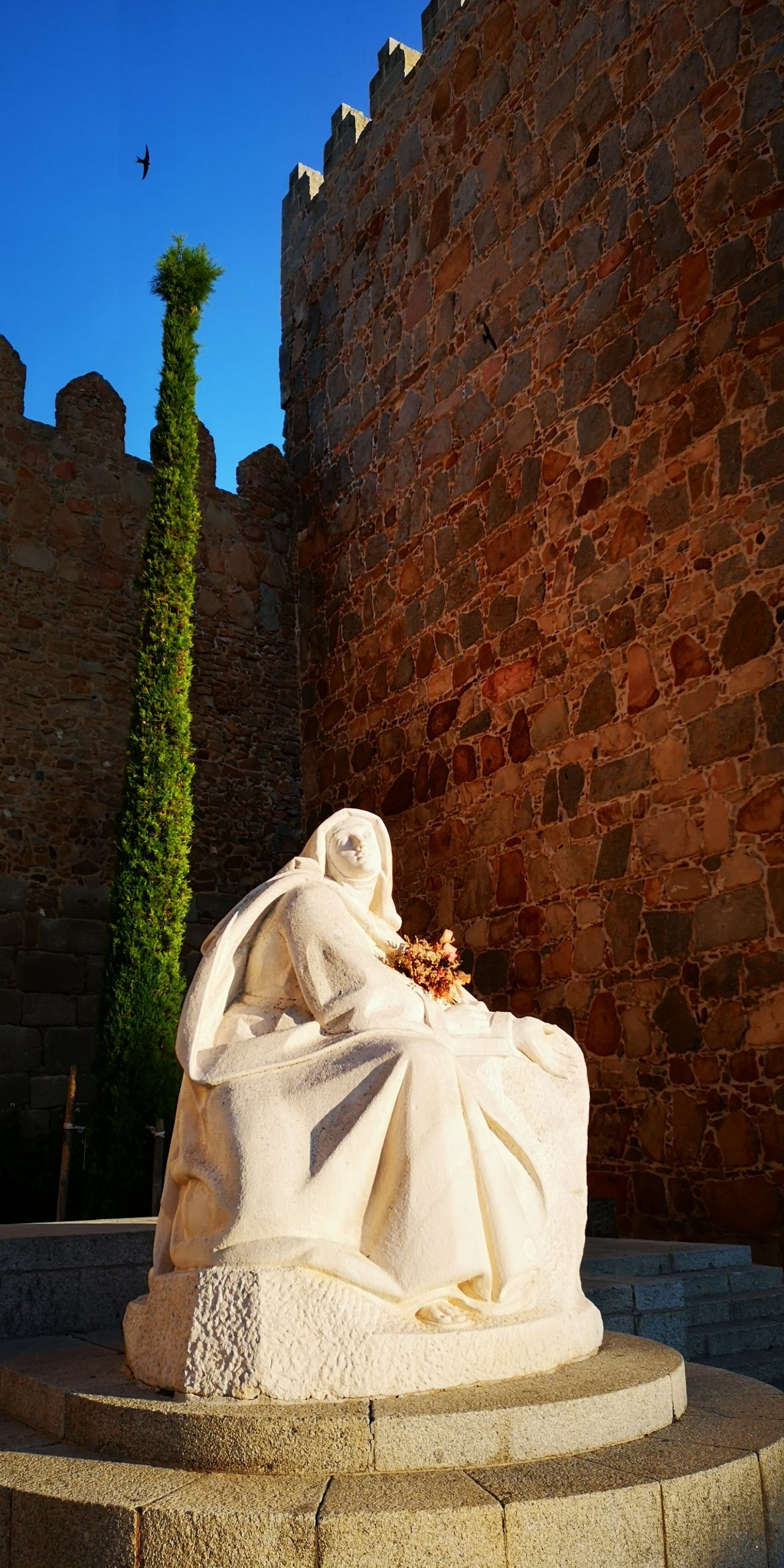 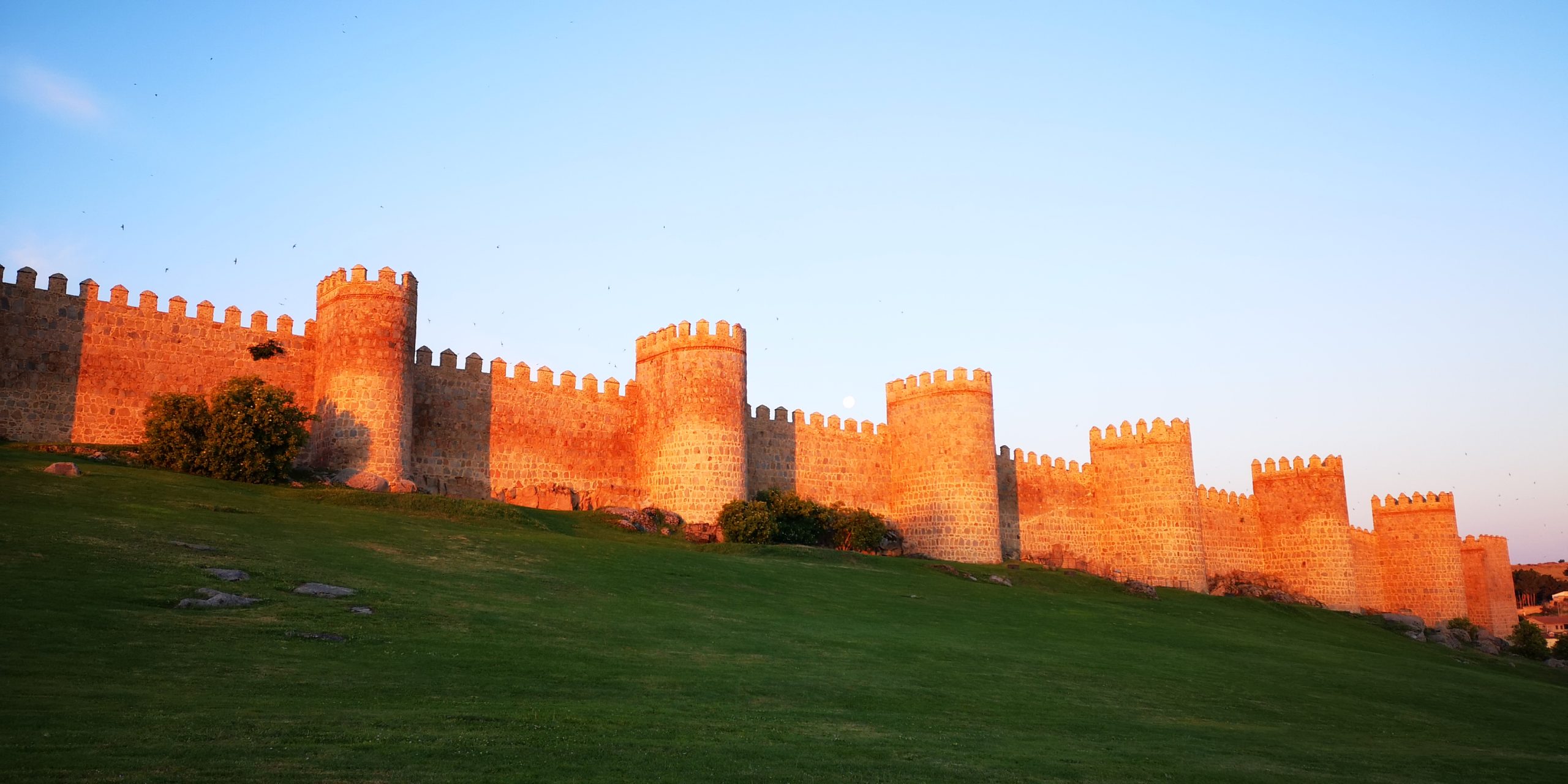 It is a great honor to graduate from the top Carmelite university in the world, Universidad de la Mística in St Teresa’s home, the medieval city of Ávila. It is the most preserved medieval city with walls intact, surrounding the entire old part of the city, that protected it from invaders. These are real old castles in Spain, unlike the replicas in Disneyland. I am now certified as a Carmelite Spiritual Director. The Spanish term of Acompañante Espiritual, or Spiritual Companion is more accurate because we were taught that our sole purpose is to lead the faithful to the Holy Spirit, who is the true spiritual director.

Note that a companion doesn’t just mean someone you meet casually and walks along with you. The origin of the word makes an allusion to someone you share bread with. And in our Christian faith, that has a very special meaning. We also learned that the origin of the word pardon or forgive in many languages is really the giving of a gift. We receive the gift of forgiveness. And when you don something, like the donning of neckerchiefs in a Boy Scout ceremony, you are giving a gift to that person. This was the most intense course I had ever studied in my life with a heavy emphasis on neuro-linguistics and the nuance of language usage to understand what is being said and to phrase effectively what to say in order to engender the desired effect.

The university is part of the Catholic University of Ávila, which in turn is part of the University of Salamanca system, founded in the year 1218. Yes, it is 803 years old and the old buildings still stand. The first time I saw those buildings in awe in a previous pilgrimage, I asked the architect in our group what he thought. He was likewise in awe, not only at the art but the structure. He said that in the United States they only plan for a building lifespan of 20 years. On the facade, there are intricately carved figures up high. One of the tests in the entrance exam is to find the toad among the multitude of figures.

During our course, we examined some doctoral dissertations and treatises from the middle ages. Surprisingly, they were not only still relevant, but still thought leaders of today. They spoke of the principles and concepts of psychology centuries before the term and discipline were even founded. St John of the Cross was educated at the University of Salamanca and later taught there.

What makes works stand the test of time? My analysis during my artistic formation years boiled it down to three elements: 1) timelessness; 2) universality; and, 3) craftsmanship. Timeless because it is free from faddish elements, independent of technology, and applicable to all periods in history. Universal because it applies to all peoples, regardless of race, color, creed, and other factors. Craftsmanship because it shows the creator’s mastery of his craft.

I once heard a pop song whose lyrics contained the word jumbo jet. Well, only a certain generation can understand that term, so it isn’t timeless. And if those lyrics contained idiomatic expressions, especially of the regional kind, like raining cats and dogs, then that wouldn’t be really universal. But if we look at the classics, of which there are many renowned authors, then we see what their focus is.

For example, Shakespeare’s Tragedy of Othello the Moor of Venice is still so relevant today as it was during his time. He focuses on human drama, which is timeless and universal, and so expertly twists the plot and achieves great heights of expression in human drama. Othello was the Moorish naval general of Venice who married a white lady Desdemona, who stood up against cultural, racial, and family opinion to marry Othello. When Othello promoted a young soldier Casio to captain, Othello’s ensign Iago became jealous and contemptuous.

He grabbed Desdemona’s handkerchief from his wife Emilia, who was her handmaiden. He then planted the handkerchief in Casio’s quarters and planted rumors in Othello’s mind that Casio was having an affair with his wife Desdemona. In proof, he showed instances of Casio admiring the handkerchief that was a gift from Othello. Othello’s growing jealousy and suspicion led him to finally strangle his wife Desdemona in her sleep. Only when she was dying was the truth revealed in the furious exchange between the main characters, to Othello’s remorse that he killed himself and lay dying beside Desdemona saying, “I kissed thee ere I killed thee. No way but this, Killing myself, to die upon a kiss.”

This type of drama is still so much exciting today, as much as his Romeo and Juliet. And the human drama is still so relevant. Hasn’t society learned and progressed in discerning the truth? These types of situations still happen every day even in the workplace where I’ve witnessed managers who base their judgments on rumors and do not seek the truth. That’s not to even mention so much fake news floating around.

Yet another example is my grandfather, who was a craftsman. When my Mom was pregnant, he went to the baby stores and measured things he saw. He made me a crib of fine wood and a rattan bottom to support the mattress. That crib has now raised more than 50 babies, being passed around the families of his descendants. It is still as sturdy today as it was when he built it, and after sanding down the wood to its grain, revealing the fine material and craftsmanship that went into it.

When I was four, I assisted him in reweaving new rattan on the seat bottoms of our kitchen chairs, because after a few years of purchase, they had sagged and torn through. I pulled the long rattan strands through his trimmer homemade from a tin can. I’m proud to say that to this day, 57 years later, that rattan has not sagged a bit and was better than the original because we used one continuous strand rather than skimping on material with short strands that only straddle the seat bottom width. And after pulling through one hole, the rattan was pegged to keep it from getting loose.

Only when we are true to ourselves will our ideas, our work, and our thoughts stand the test of time. Some facts we know today like the earth revolving around the sun was once considered heresy and people were burned at the stake for believing that. It took many years to discern that truth through heavenly observation and discourse. The Divine Truth of God took centuries to discern that God sent His only begotten Son to testify to the truth as a human being. Today, we are still discerning the truth inspired by the Holy Spirit, our true spiritual director.